Mysteries of the Check Engine Light, Not Bike Related, I just had to write something

I'm a mechanic, so by my nature I like to know how things work. I get a feeling of joy when I see how the magic happens. When you first get the itch to try repairs yourself there are many magical obstacles before you. For example, look at changing gears on a bike. You are pedaling a bike, you move the lever on the bar *POOF* magic happens! and now the bike is pedaling easier up the hill.

But then you spend a few minutes with your bike up on a stand. You spin the crank and it's hard to turn, so you you click the lever. Then the funky arm moves, the chain jumps to a bigger gear in back and it becomes easier to pedal. Your brain absorbs the idea of what is happening and suddenly the magic is gone. You see the little wire that pulled the funky arm and there's really no magic at all.

Most people are happy as long as the magic happens when they want it. Everyone faces their own challenges everyday and everyone is a magician for their own specific magic. I send my kids to school, *magic happens* they come back smarter. I send money to the City of Longmont *magic happens* my lights stay on and I have running water. I get a shot in my arm *magic happens* I don't get sick.

All of us like to sit in a car turn the key, and *poof* the car turns on. This post is about one car in particular, it's also about a magical light. 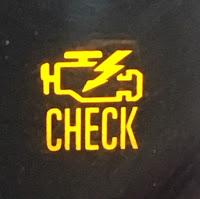 This is a magical light because it helps me make the money I send to City of Longmont. Most of my career has been about keeping Check Engine Lights  (CEL) off, usually it's in big trucks and heavy equipment. But the light comes on in my 2000 Audi A4  so I wanted to learn more about it.

I've owned my Audi since '17 so I've had some time to get into it. I had to put an engine in it, I've replaced brakes and wheel bearings. Plus I've chased some electrical issues. I've got most everything under control, everything except the CEL and the singular code that it throws # 0441.

The CEL was introduced when computers were added to engines. The computers were added to help control the emissions components. Basically cars and trucks and bulldozers all have emissions devices to help them run cleaner. It's one step in lowering greenhouse gasses and it's been extremely successful. The only issue is that things wear out. Screws come loose, shoelaces snap, eventually everything breaks down it's called entropy. So back to my 22 year old car and code # 0441. This is a generic code that means the same thing to every manufacturer. Audi defines it as "EVAP System Incorrect Purge Flow."

Until the 1970's  gas tanks just had a hole at the top to act as a vent. This worked to let air in and out of the tank but it also bled fuel vapors into the air. To clean things up a system was added to catch those vapors and then add them back to the engine when the car was driving along. This is the EVAP system, it's the one mentioned in the code description. 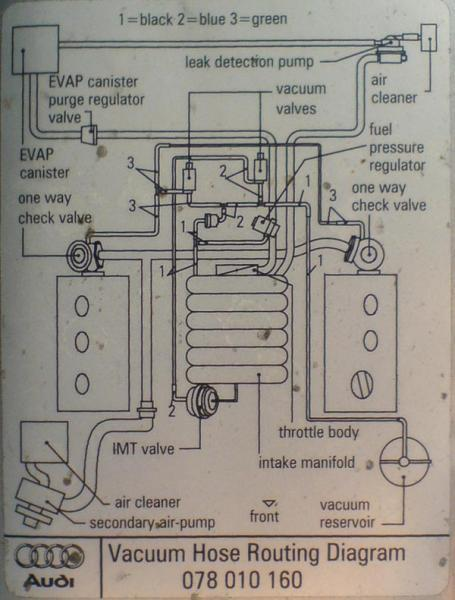 The basic idea of the system is that fuel vapors vent off the fuel tank and get trapped in a canister filled with charcoal. This EVAP canister is in the rear of the car in a little compartment under the spare tire. 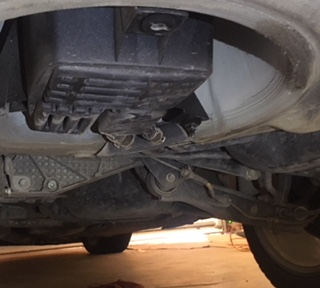 When it's the right time to suck this vapor into the engine, the ECM commands the purge valve to open. The purge valve is a little solenoid valve located on the air filter housing. This valve is very cheap, ($13) it's easy to access and easy to test. Most internet results for this code list the valve as a potential source of the problem. Either this or a leaking gas cap. These two parts are what you call 'low hanging fruit,' it's really easy to replace them, and it's possible it could solve the problem.  Unfortunately after you pick this low hanging fruit, the tree goes much, much higher.
When engineers designed all these pollution control devices they also created On Board Diagnostics. This gives the vehicle the ability to test it's own components and determine if there are any failures. My Audi runs a leak check on this EVAP system when the conditions are right. The car has to be warmed up to temp and it has to be idling for about a minute. Typically this happens while I'm waiting at a light. When the ecm initiates the EVAP leak test, it leaves the purge valve closed. Then it cycles the leak detection pump or LDP.
This LDP  is located in the left rear wheelwell of my wagon. 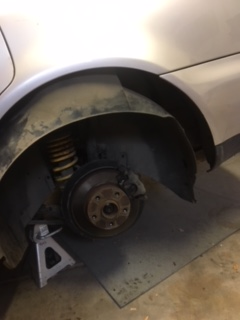 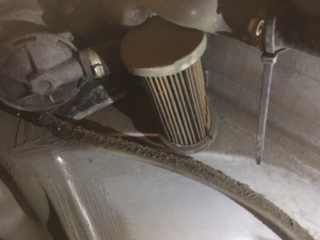 When the pump kicks on it pulls air through this paper filter and pressurizes the EVAP system to a specific amount. If the correct pressure is reached a small switch in the pump triggers and the ECM begins counting how long the system can hold the pressure. This is the crux moment. This is the point where my car passes the test in the summer, and fails in the winter. I have the dreaded 'intermittent' failure. The pump kicks on, ECM runs the test and the pressure bleeds off too fast. Then the CEL comes on and a #0441  code is logged.
The trouble is....I don't really care that much about this failure. It's not my purge valve or my gas cap, it's none of the low hanging fruit. There is a lot of branches I could go after next. I could throw a vapor canister at it or an LDP, both are around $300 a piece. And that might not even fix it. I looked at all my vapor lines and didn't see any damage. But that doesn't mean one of these little hose clamps isn't leaking just a bit when it gets cold. Every connection is done with these crimped clamps, I could cut them off and replace them with hose clamps. 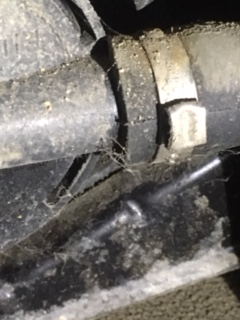 I could do better diagnostics. I could jump power to the LDP and try to pressurize the system myself. Then I could check for leaks with soapy water or I could use a fancy smoke leak detector. But the thing is...I still don't care. My car passes emissions because this fault doesn't happen  when they run it on the dyno.
A check engine light is infuriating though, so I learned how to keep it off. When I'm sitting at a light, I prevent the ECM from running it's self check. I mentioned that it runs the test when the engine sits at idle for about a minute. The cure is to not leave it at idle over 45 seconds, I just tap the throttle once in a while as I wait at the light. So, If you hear the lowered Audi wagon rev its engine just a little bit sitting next to you at a light, it doesn't mean he wants to race. He's just keeping his check engine light off.