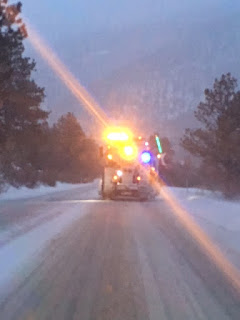 Monarch pass isn't the scariest mountain pass in Colorado. That title belongs to Red Mountain pass out of Ouray. Red Mountain has a monument dedicated to snowplow drivers on it that reads, "This monument is dedicated to those who have given the supreme sacrifice in the maintenance of Red Mountain Pass. The lonely vigil of the night is known only to those men of courage.'' On the plaque is a list of drivers who have died, and it's easy to notice that there is still room left at the bottom to put more names.
No, Monarch isn't the scariest, the highest or the most remote, but I like it. Either side has passing lanes going up, so you don't have to be stuck behind tractor trailers slowly grinding up it, or terrified tourists crossing their first high mountain pass. Traveling from east to west is nice, you get to hug the mountainside. But the real fun begins when you start to climb up from Sargents and tackle the pass the other way. Driving the outside lane going east puts you six feet from oblivion* most of the way up. Some of the corners have guard rails but you can also cover long sections of winding road that have nothing but a few reflectors to mark the edge. 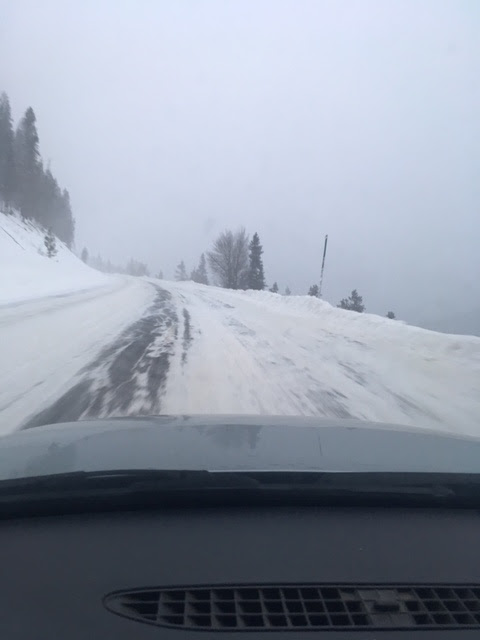 The current route of Highway 50 over Monarch opened in 1939 and  cars and trucks have been sliding off of it ever since. Every year vehicles slide off the road to some extent or another. One of the most tragic wrecks was the 1971 crash of a Gunnison High school bus carrying the football team. Eight players and the coach perished, the crash led to new regulations on bus safety.

Most vehicles that slide off just take a short tumble and can be recovered with some creative cable rigging. A tow truck driver in Crested Butte once told me about a truck that crashed hauling a load of jarred pickles. All the cargo smashed open and he had to set his cable in a work site that reeked of dill and vinegar. Other vehicles haven't been so lucky, if they leave the road at just the right spot they can tumble for a thousand feet down a scree field before smashing into trees at the bottom.
So, you're thinking, 'ok, thanks for the macabre tale of Monarch Pass. What's this got to do with mountain biking?'
Well, if you ride the Agate Creek trail... you get to see what happened to those vehicles that went all the way down.
The Agate Creek trail branches off of the Monarch Crest Trail and runs down the west side back towards Gunnison. The correct pronunciation is "AHH-GAH-TAY!" and it should be yelled with enthusiasm whenever you say it. The ride is best done as a double shuttle with one car left at the bottom of the pass near Sargents, and the second vehicle hauling the bikes to the top of the pass. From there you grind up a high elevation climb to exposed single track above treeline.
Finally you reach a point where you split off from the Crest Trail and begin the descent. The downhill comes at you fast and loose and doesn't let up for miles. 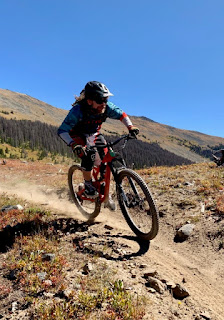 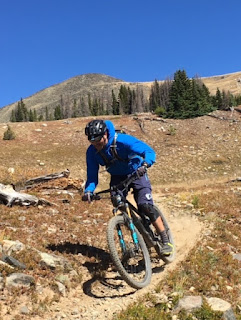 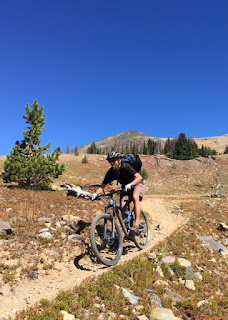 If your forearms can take it, you can burn a ton of vertical really fast. The trail flows and winds down the mountain until it meets up with it's namesake. The second half of the run crosses back and forth over Agate Creek and gives the trail it's infamous reputation for water crossings. Be prepared to get your feet wet.

The trail maintains it's high speed descent, but it begins to throw more technical obstacles at you like rocks, drops and tree roots. 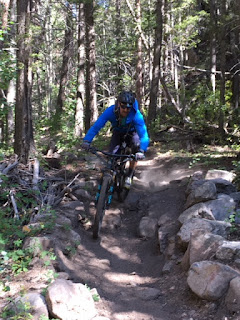 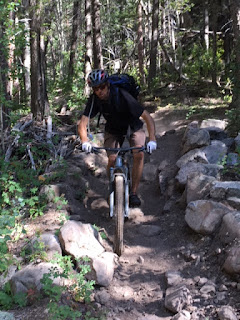 This is also the part of the ride where you are under Highway 50, and if you know where to look, you can see some crazy stuff.


Agate Creek is one of my favorite trails in Colorado, I try to make it a yearly event. The riding is incredible, but something about the wrecks adds an eerie reminder to the experience. You can't always rely on guard rails. While driving, and in life. And sometimes you only need to drift a few feet out of your lane to find yourself in big trouble.

*Six Feet from Oblivion is not a metal band. But Two Minutes Darker is my friend Stevyl's metal band, check them out in Denver.