When I go to the doctors office I try to give them something to talk about. I’m sure they deal with a lot of people who neglect their health, I want to give them something out of the ordinary. I see the same thing at my job as a diesel mechanic. A driver will pull up complaining about the a/c in a truck and as I open the hood I’ll see leaks and loose bolts. I can see no effort was taken in maintaining the truck. Other times I can see that a truck has been very well maintained. The damage comes from a component that has simply exceeded its physical limits. That’s what I do with my body. I maintain it, but sometimes I exceed its physical limits. 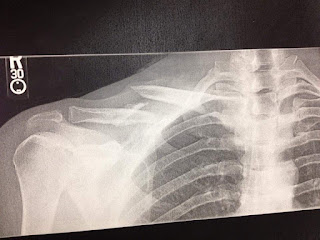 That’s why it’s fun when a Doctor in the ER calls out to a co-worker, “Hey Dave, you gotta come check this out.” This happened when I scalped myself with the bottom edge of a loader arm. Doctors were coming in from other parts of the hospital to see the injury they had heard about. My wife was working at the hospital that day, she was not amused. Another time I chipped a piece of hardened metal into my arm. I discovered I could move the metal around under my skin with a magnet. When I showed it to the Doctor he thought it was quite cool and called over a friend to see it.

Sometimes the Doc brings up things I’d forgotten about, like, “Did you know these ribs had been previously broken?”

I’ve started doing the ‘no painkiller challenge’ when I need just an average amount of stitches, you know, ten or less. The first time I tried this the Doc was not into it. I had opened the door to the car, a glass bottle fell out and put a big slice in my foot. I started asking if we could do no Novocaine. He said, “I can’t have you jerking away” I said I won’t. He actually said, “There will still be a charge for pain killer even if you don’t use it.” I said fine. He stitched me up, I didn't move a hair.

The next time I got stitches, I discovered my Dr McDreamy. He pushed into the waiting room reading my chart, he looked me in the eye and said, “ Ok I can give you novacaine, then we wait 20 minutes for it to numb then we can stitch it. Or I can just stitch you up right now and we can both get on with our day. I smiled wide and said, Let’s do it. He responded with a slight grin of his own. He looked to be pushing thirty years old and gave me the impression he had learned his skills in Iraq or Afganistan. He ripped open a suture kit and laced my skin with expert efficiency.

I made a little push for no-painkiller yesterday. The meeting already started with a superlative when the Dr said, “That’s pretty big, I think that’s the biggest bursa I’ve ever seen.” He offered to drain it and I asked about no novacaine. “ He said, “I’ll be putting a really big needle into your knee.” I relented, but I’m sure I could have done it no problem. I think minor surgery without pain killer is good practice for both the Dr and patient. But he was offering to fix me up and I didn’t want to throw him off his game. 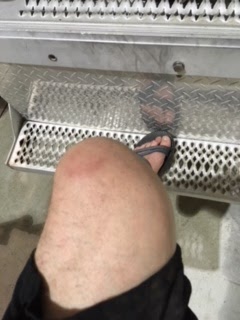 Helpful Nurse Courtney came into the room and  got things set up. First he noted my knee skin was very hard to pierce, as if it was all scar tissue. Then Dr Traister proceeded to fill a very large syringe with fluid from my knee.  He said , “This is going to be a new record by a long shot.” He filled the first syringe and Nurse Courtney helped him thread a new one onto the giant needle. In the end he held both syringes in his hand, one full and the other less than half. He again remarked that this was so much more than he had ever seen.

My knee felt so much better instantly. He explained that I was never in danger, it wasn’t infected and it would have eventually gone down. I’m glad I got it fixed though. I was being proactive, an athlete would have had it drained, and that’s what I am, an athlete. Everyday I compete. 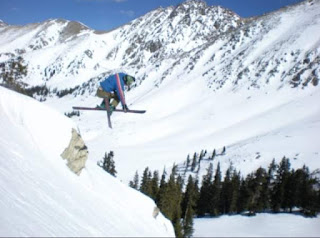 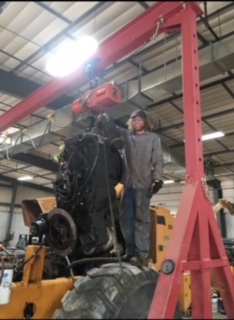 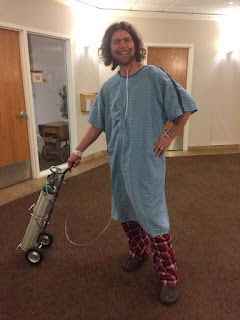